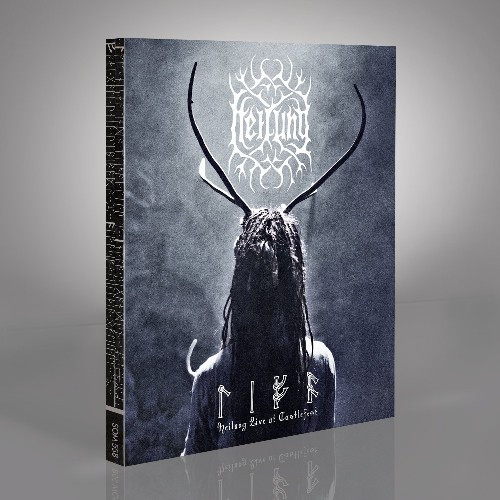 Blu-ray in deluxe Digipak printed on the rough side of the board with white hot foil and 8-page booklet matt varnish. Free download of the audio version offered with the purchase of the Blu-ray disc on the shop. Disc region is ABC / ALL.

Each live appearance of HEILUNG is a spectacular affair, where the lines blur between musical performance, ancient pagan rituals, past, and present. The Danish band found a fitting name for their opulent stage set and huge production: amplified history. Their viewers use other words such as "amazing, mind-blowing, goose bumps, unforgettable". As a tribute to the overwhelming demand of their fast- growing host of supporters, HEILUNG released a complete live show under the banner of 'LIFA', which was filmed at Castlefest 2017. By popular demand, this otherworldly show is finally available on Blu-ray disc!