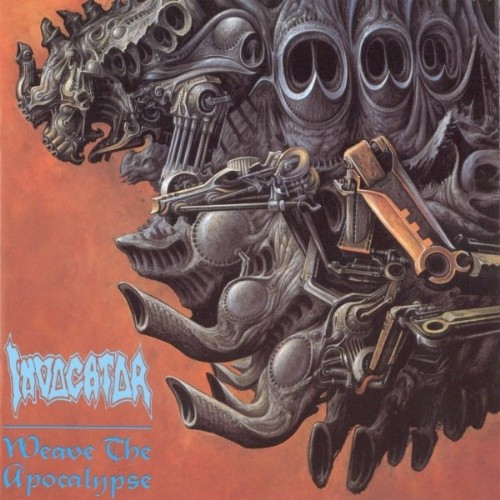 Invocator creates a Thrash masterpiece with the album, but beware, this is a different form of Thrash than you’re used to, and may be too “groovy” for some. Having said that, if you like Exhorder, Pantera, or Metallica, you’ll probably find this album to be great. Indeed, it blows the shit out of anything that Pantera has ever done. So what do we get? What makes this album such a great thing? Answer: everything.

It is not easy to describe what’s going on here, because Invocator uses a varitety of shifting, semi-groovy riffs, but at times you’ll also hear some Morbid Angel and Suffocation influences a few times. There’s a lot of twisted riffing going on as well, with serpentine tones and a few squeals. The drumming on here is really good, coming from Per M. Jensen (yeah, he’s played with the Haunted and Nightrage). His playing is incredibly tight and powerful, which brings to mind Gar Samuelson and Dave Lombardo. If you like Exhorder’s “Slaughter In The Vatican”, but can deal with a more streamlined and less-rude version, this will be up your alley. It’s a total about face from their first album, but “Weave the Apocalypse” is something that is totally different and a true testament to Invocator’s mastery of heavy riffing.

Mandatory for any self-respecting Thasher worldwide, no exceptions made...